For the Lankans, Cricket has Always Been More than Just a Game

A lot has already been said about the violence that had engulfed Sri Lanka during the 3-decade-long civil war. The Bollywood flick ‘Madras Café, directed by Shoojit Sircar throws ample light on the plight of the Lankan Tamils during the bloody war that kept robbing the Sri Lankans of all their resources. Sri Lanka turned into a war zone for the most part of the 1980s and the 1990s when the LTTE’s demand for a separate Tamil Eelam (state) was met coldly by the Sinhala government. Rising tensions between the Tamil Tigers and the Sri Lankan government paved the way for an ugly civil war which tore the island nation into countless fragments.

The Sri Lankan batting great Kumar Sangakkara, during one of his interviews with Talk Asia, threw ample light on the atmosphere of fear the Sri Lankans have gone through during the course of the war in the early 2000s. He said: “I remember driving down a red light in Colombo and thought what if a bomb goes off now?” The fear and sorrow in the southpaw’s voice could be felt. The veteran also recollected the memories where his family had housed as many as 35 Sri Lankan Tamils during the 1980s.

Leaving all the harsh memories behind, the veteran left-hander stated that the game of cricket acted as a unifying force by bringing the country together at a time when bloodshed and insecurity had made steady inroads into the daily lives. Fear and trauma were replaced by joy and jubilation when Sri Lanka was crowned the world champion in 1996 under the inspired leadership of Arjuna Ranatunga. The entire country rejoiced as the Lankan lions hunted down the Aussies. The victory over the Aussies was no less than a divine ointment for the war-torn and debt-ridden country. For a nation short on heroes, cricketers came as a breath of fresh air. Cricketers gave people the belief that all barriers, no matter how big or daunting, can be overthrown.

What stood out about the victory was the impact it had on the youngsters. Sangakkara, within the same interview, also mentioned how the victory turned the likes of Arjuna Ranatunga and Arvinda de Silva into national heroes. He further stated that the victory inspired youngsters to take up cricket seriously. 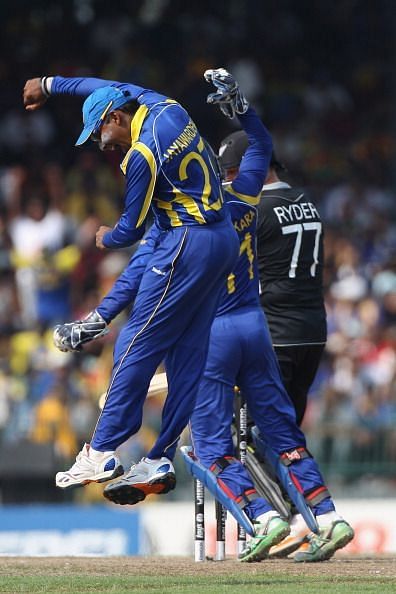 During the 2007 World Cup, LTTE entered into a peace agreement (a ceasefire of sorts) with the Lankan govt. for the entire duration of the world cup. Interestingly, the Lankans reached the final and TV screens were installed in neighbourhoods to mark the occasion.

Then in 2011, when world cup cricket returned to the subcontinent, Sri Lanka was no longer a war-torn country. It had started to move out of the ugly clutches of the civil war and the game of cricket once again came to the island nation’s rescue, allowing the Lankans to market Lanka as a tourist destination.

Overthrowing the Racial Divide during the Colonial Times

Cricket has always had a deep impact on the lives of people living in Sri Lanka. Cricket clubs flourished in Ceylon during the British Raj. Local talent made its presence felt at the club level, but couldn’t reach the top flight. It is extremely heartening to note that even though racial segregation had taken over the boardrooms, clubs kept recruiting talent irrespective of religion, caste, and creed. There were Sinhalese playing for the Tamil Union and we also had Tamils playing for the SSC.

Despite efforts, the minorities within Sri Lanka found it hard to make it to the national side. For a long time, Sinhalese dominated the country’s cricketing scene with spin wizard Muttiah Muralitharan, a Lankan Tamil being the only exception. Players representing minorities slowly made their way into the national side after the civil war ended.

The likes of Kumar Sangakkara and Mahela Jayawardene are national icons. They have a global fan following. They’ve played for franchises around the world, but for a beginner, the beaches in Colombo serve as an ideal breeding ground where countless children can be seen swinging the willow. The ‘batta spin’ and ‘batta pace’ are all a part and parcel of the street game. You need to forget the coaching manual and trust your eyes and hands for a while in order to survive against bowlers who tend to throw all sorts of freebies at you.

Lankan fans who have gone through the tribulations of the 1980s and the 1990s demand fairy tales such as the 1996 world cup triumph. It certainly won’t sound pessimistic to say that the ugly marks left behind by the civil war would never heal. But in cricket, the Lankans seem to have found a refuge that would keep them going for years to come.