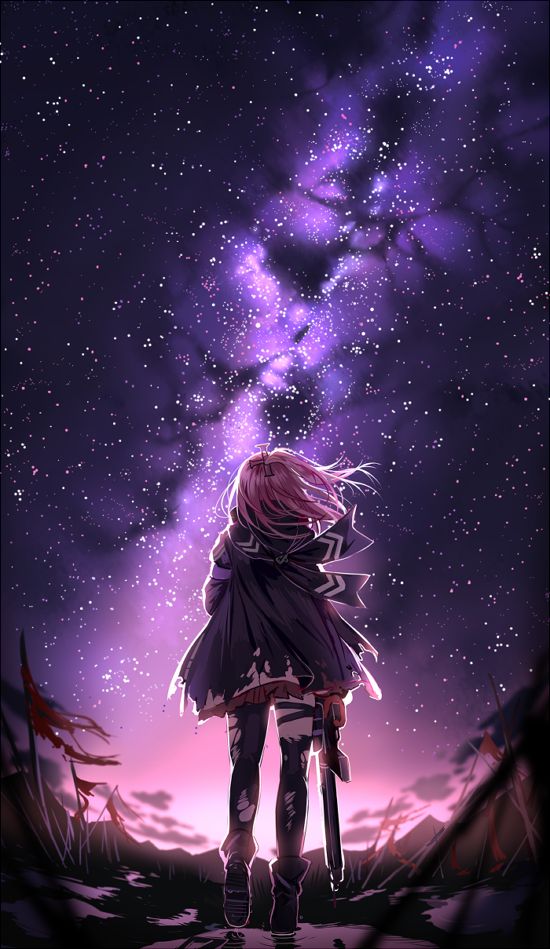 Heaven and hell are superlatives
It was something in between
Moments ago, it was real
Right now, it’s just a dream
Nothing has changed
Everything remains the same
A slight prick, but a lot of pain

Breaths were getting heavier
And the world was turning upside down
It is no longer scorching hot
Within four walls, I am no longer caught

I was caught
Within glass walls
You came and broke them all
Gigantic, strong, and tall 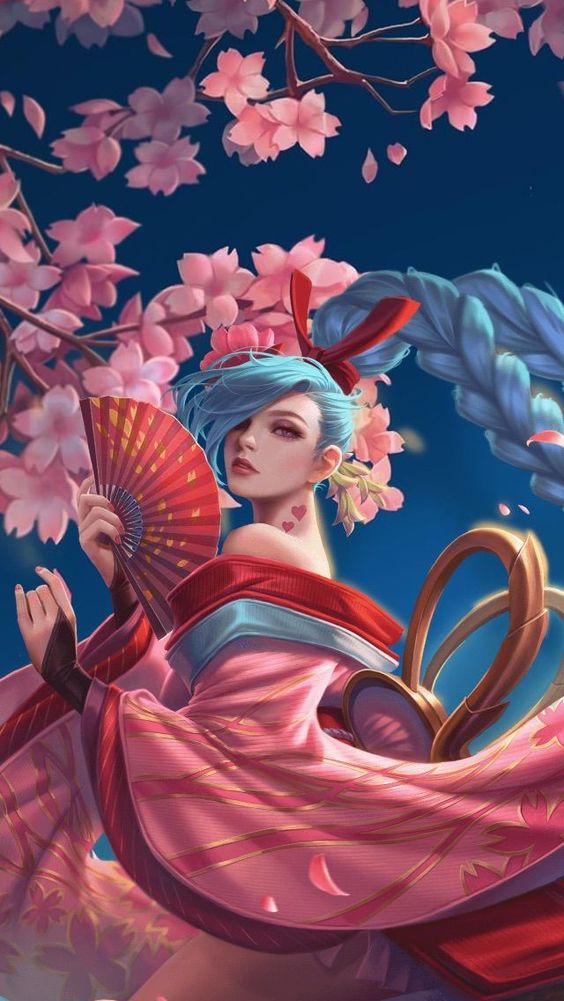 And then, our eyes met
You were right beside me
Moments later, you were gone
I felt cold, perplexed, and alone

Just then, the splendour ended
I woke up
And was left in a state of despair
After you vanished into thin air…

India’s political landscape is changing. Every second day, we see a political unrest rocking the world. A political leader lands in controversy. Protests are organised, petitions are signed, seminars are held, but at the end of the day, we find it hard to find a solution.

Ever wondered what the problem is? The problem is: youngsters aren’t interested in politics. Well, we can’t blame the youngsters. Almost every year, we see chairs being thrown by our respected MPs during Rajya Sabha meetings. No matter how disinterested you are, you can never run away from politics. Political decisions keep affecting you throughout your lives.

The moment your high school is over, you get yourself enrolled in a university. Quite frankly, it is quite easy to keep political developments at bay during graduation. As a student, political events taking place in and around the country never caught my attention. During graduation, we had 10,000 different things to look into. All of us wanted a job, and that’s about it. And so, in a quest to get our hands on a lucrative job offer, we distance ourselves from anything that’s even remotely political.

No matter how hard you try, you’ll never be able to run away from politics. Politics is all pervasive. Suppose a housing bill is passed. It will affect all the students who plan to buy a new house. Furthermore, if metro fares are hiked by the AAP govt in Delhi, students commuting through the rapid transit are bound to get affected and so on and so forth. You know what they say about “personal being political”? One cannot escape politics and one must not either.

The Necessity Of Being Politically Aware

As students, we need to make our presence felt. It forms an important part of growing up. Start speaking about what you believe in. Universities provide you with an excellent platform to make yourself heard. Discuss, debate, critique policies and statements by our leaders. Not everybody needs to become an MP. You need to stay on top of the political developments because all of these developments, no matter how small or insignificant they might appear, will end up affecting you in the long run.

I remember attending a seminar at the Siri Fort Auditorium in New Delhi back in 2012. Arun Jaitley (Minister of Finance 2014-2019) had been invited has the chief guest. He was an Honorable Member of Parliament back then. He spoke on Public Accountability and Legal Reforms in India. I was asked to attend the lecture because many of my batchmates were on leave and some wanted to simply reach home a bit early. I decided to attend the lecture in order to grab some chai and samosa. That lecture, I must admit, rekindled my interest in politics. The lecture was enjoyable. It kept it me on the edge of my seat. I was so engrossed that I completely forgot about the chai-samosa. Today, I make it a point to keep myself abreast of all the political developments.

Politics doesn’t sound exciting. There’s a belief that Indian politics does not do anything for the welfare of its citizens. Most of us think that politicians are busy lining their pockets. This happens to be a common belief. Furthermore, the country’s current political landscape does not take every youngster into account. It goes without saying that a lot of political debates fail to attract youngsters. They aren’t ‘exciting’, but the lack of excitement certainly cannot undermine the importance of such debates. Just once in your life, go and attend a seminar, a debate, or a protest, and your outlook towards politics will change.

As far as the protests are concerned, the contemporary student activist has a host of resources at his disposal. Gone are the days when dharnas and hunger strikes were organised to protest against oppressive governments. Today, all we need to overthrow a government is a successful, channelised social media campaign. If there are enough signatures on an online petition, then the parties in question will have to step down. Power cannot be retained if people go against you. Hierarchies can be broken today, and that’s a luxury we didn’t have earlier.

The decisions taken by those in power will take years to come into force. Many of the decisions will be implemented only after you’ve graduated. Nothing will change overnight, but being politically aware and active will always help you stay on top of the game. If an oppressive government comes into power, a politically-informed citizenry can make it bite the dust.

Boy, that was an absolute screamer. He had pulled that one out of thin air. Former England captain Nasser Hussain ran out of adjectives. He couldn’t believe what he had just seen. In all fairness, none of us could. It was a spectacle. Ben Stokes had caught everybody’s imagination. The 2019 edition of the World Cup was got off to a rocking start.

Back in 2006, when Jon Lewis was in charge of Durham’s second XI, he saw a young Ben Stokes. In an interview with Cricbuzz, Lewis recollects how Stokes nearly ended up killing himself while attempting to win a game of squash against Durham teammate Gordon Muchall.

Early on, Ben Stokes’ hard-hitting ability made him a popular figure inside the dressing room. Soon enough, he was seen rising through the ranks. After a forgettable test debut in the 2nd test of the 2013-14 Ashes series, he notched up a belligerent ton in the 2nd innings of the 3rd Ashes test. England ended up on the losing side, but Ben Stokes had announced his arrival in grand fashion. He kept scoring quickly. Wickets kept tumbling like ninepins, but he kept steamrolling on his way to a stupendous 120.

England lost the match and went on to concede the series, but in Ben Stokes, they had found a gem of a player. Here was a player who could turn the game on its head. The number six conundrum was finally sorted.

Over the years, Ben Stokes’ persona has become one of his biggest ‘weapons’. On the field, he keeps running around. At times, the ball just tends to follow him. He drops dollies but takes some spectacular catches. There are days when he gets out without troubling the scorers. He’s not someone that’ll score 70 odd in every game but will end up turning the game on its head with a 15-ball 30. He’ll follow it up with a couple of wickets. He resides in those small patches of brilliance. He’s eccentric, almost uncontrollable at times, but eccentricity is precisely what makes him lethal. That’s the kind of player Ben Stokes is. You can feel the traces of energy that he leaves behind.

In all fairness, being Ben Stokes isn’t easy. The aggression that surrounds him happens to be a double-edged sword. There are times when aggression and jubilation, and ecstasy can be misunderstood. Don’t worry; it’s pretty much normal. Those tattooed arms make him look like a high-school bully.

Carlos Brathwaite took him to the cleaners during the World T20 final in 2016. Stokes was hit for four consecutive sixes. As a bowler, your confidence is bound to go for a toss, and Ben Stokes’ case happened to be no exception. He was down, but he always had the courage to get up and fight.

2018 saw Ben Stokes diving into the depths of oblivion. After an ugly brawl at a pub in Bristol, this lad from Durham saw his career falling apart like a house on fire. He invited further controversy when he mocked Katie Price’s disabled teenage son. Geeez! Nobody knows what keeps cooking inside his head. Stokes made a lucky escape after he was found ‘not guilty’ of affray. Soon enough, normalcy was restored.

There have been times when controversies have overshadowed his on-field brilliance. One can say he was at the wrong place at the wrong time. Well, he’s no angel.  He has made blunders. There are times when his enthusiasm overpowers him, but he’s someone you can always count upon during crucial moments.

To top it all, Ben Stokes is not an attention seeker; he’s a game changer.  You can call him aggressive, arrogant, and egoistic. There certainly is no dearth of adjectives. As a viewer, you are free to love him or hate him. He doesn’t care much. He’s a man who lives by the sword and dies by it.